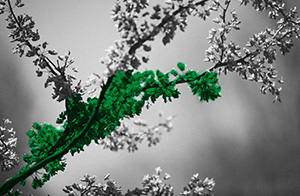 Disputes concerning European patents are now the responsibility of the courts of each Member State. The diversity of the legal practices of each country is the source of many practical difficulties and a certain legal insecurity due to the sometimes contradictory court decisions.

In addition, the absence of a single patent for all European Union states requires rights holders to seek multiple deposits.

Aware of these difficulties, 25 of the EU Member States ratified the Agreement on a Unified Patent Court of February 19, 2013. This agreement provides for the establishment of a Unified Patent Court. This international court will be responsible for ruling on the validity and infringement of so-called unitary patents and European patents.

The unitary patent will provide protection in more than 20 Member states through a single certificate issued by the European Patent Office (EPO). In case of litigation, the unitary patent will allow a significant reduction of costs, since the case would be brought before just one court, while allowing to obtain a decision applicable on a large part of European Union territory.

Armengaud Guerlain has invested itself fully in these various projects from the beginning. Catherine Mateu has contributed to the comments published by the European Union on the rules of procedure and the training of judges led by the EPO, and Stéphane Guerlain is vice-president of the Union for the Unified Patent Court.